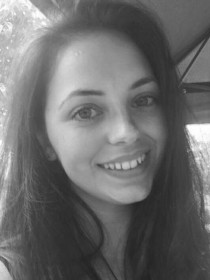 Jessica is the dance teacher for Welwyn Garden City (Saturday), Stevenage and Arlesey and provides private lessons for children.

Jessica started ballet dancing at the tender age of 4. By the time she was 6 she'd already realised she needed something more upbeat and so she joined the Andrews School of Dance, a well known ISTD school. It was here that she discovered her true passion for Disco Freestyle. At the age of 14 she became a class helper, and the rest 'as they say' is history. When the dance school was bought by Dance-Beat, Jessica was transported into a whole new world of competitions, team dances, shows, Rock and Roll and Ballroom and Latin. Under the guidance of Amanda & Nicola, Jessica studied for several years, listening and watching every step they taught intently.

In 2014 Jessica was immensely proud to be awarded the highest possible accreditation as she gained her Disco Freestyle Associate Certification. Her pass rate was one of the highest percentages awarded to a candidate that year!

In 2015 Jessica took over the running of the Stevenage class on a Friday and WGC classes on Saturday. She plays a significant part in the organising of exam sessions, show productions and workshops. She also runs Dance-Beat parties, and is qualified in Cheerleading.

Jessica runs the Gold Star class for pupils who have reached the highest ISTD level. Her pupils regularly obtain honours in their exams, and she has also proudly trained pupils who have recently become National ISTD Finalists and Champions in both Freestyle and Rock and Roll!

Jessica has an infectious love of dance that inevitably spreads throughout her classes. As she finished her professional dance exam the examiner simply smiled and said 'Jessica, if you were a stick of rock, you'd have 'DANCE' running through you!'